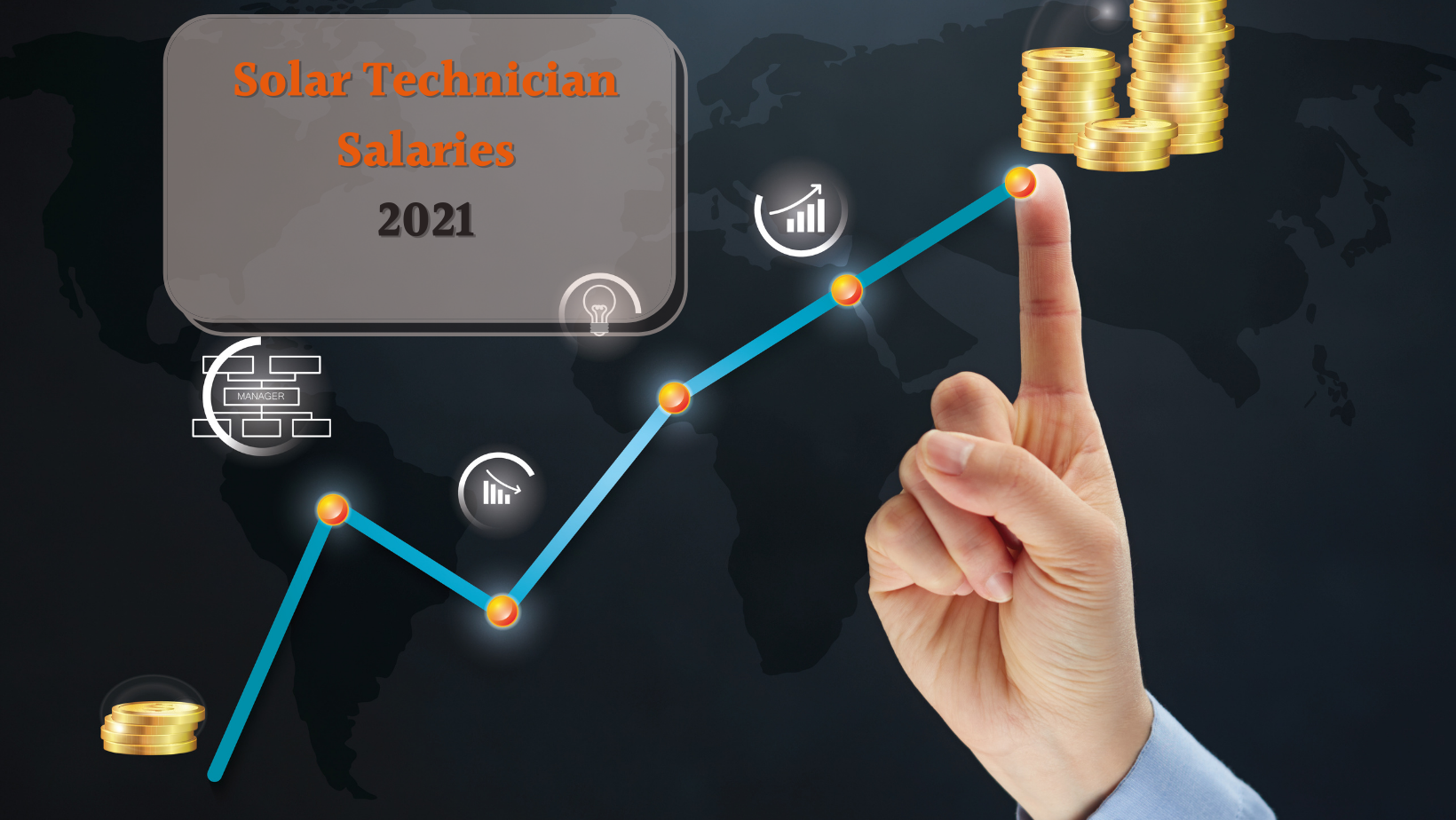 When researching any potential career, it is important to know what kind of salary to expect once you have the training you need to enter the workforce.  This is especially true if you need to invest in training at a college or trade school in order to get started.  A Solar Technician, also referred to as a Solar Photovoltaic Installer, is a profession that often requires such an investment.

Solar Photovoltaic Installers generally work in two types of capacities.  The first is a residential installer.  They are generally hired directly by the homeowner or a general contractor to install solar panels on a private home.  They often know a thing or two about roofing, and also need to have the knowledge to cut the panels to fit the roof, and wire the panels into the electrical circuitry of the home.

The second type of technician is a commercial installer.  They tend to work on large projects, municipal or otherwise, that are part of large solar power initiatives.  This includes large solar farms (or solar parks) , which are power stations that feed directly into the electricity grid.  This is solar power on a larger scale, so while no roofing expertise is needed, there is a need for additional knowledge specific to this type of work.

The ultimate salary data source for any occupation in the United States is the U.S. Bureau of Labor Statistics (BLS).  The BLS is part of the U.S. Department of Labor, and collects real payroll data from around the country.  Because the Solar Energy industry is relatively new, the BLS currently does not keep statistics specific to the Solar Technician occupation.  They started to collect this data as of 2012. According to the BLS, the average Solar Photovoltaic Installer/Solar Technicians made $46,470 per year or $22.34 an hour in 2020.

According to industry experts Solar Photovoltaic Installers generally start at a salary of $30,000 to $40,000 annually in 2012. As you can see, this number has jumped considerably and is good news for installers entering the field as solar energy shows no signs of slowing down. These numbers can increase depending on other qualifications, such as a General Contractor license, or additional Solar Energy certifications.

Many industries have certifications that are highly regarded, and can often times correlate to higher levels of pay.  When it comes to residential installers, this additional certification usually takes the form of a General Contractor license.  This demonstrates to any homeowner who may hire you that you have the electrical, roofing, and solar panel expertise needed to complete their project successfully.   There are also roof-specific certifications offered by leading solar technology schools, which focus on the skills necessary to install a solar panel system on a rooftop.

Many states are  beginning to require a license to install residential solar panels.  If you are in one of these states, it is very important to obtain this license or you will not have as much success, professionally or financially.

As with any occupation, Solar Technicians often have a wide variance in pay depending on the part of the United States,  or even the world that they work in.  Additionally, a Solar Technician who is willing to travel to different regions to install or maintain solar panels will often make a higher salary than someone who is not.

Part of what makes the Solar Energy industry so exciting is that it is so new and there is a huge growth opportunity for anyone who chooses this career path.  Unfortunately, because it is so new, there is not very much established job data to refer to in order to reliably determine an average salary when first starting out.  As the industry matures, we should get more information from payrolls around the country.

We may receive commissions when you click some of the links and make purchases. However, this does not impact our reviews and comparisons. We try our best to keep things fair and balanced in order to help you make the best purchase.